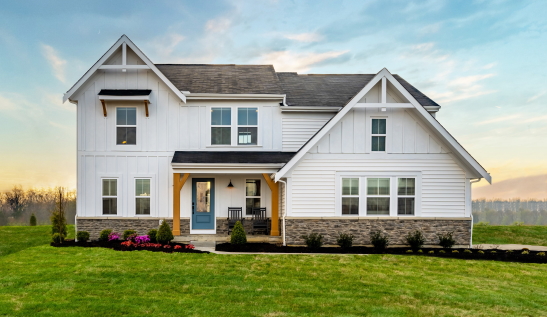 Looking to build new memories in the new year? Buy now and buy with confidence! Lock in below-market rates AND receive one-time complimentary refinancing up to 3 years after you close, saving you thousands on your new home!*

Have a question about one of our new home communities?

Talk with the Fischer Team

Loading...
Sorry, there were no results with these filters.

*See complete details for each property listed. All rates are based on minimum down payment of 10% and 740 credit score. Interest rates effective 11/4/2022 and are subject to change. All loans subject to credit approval. Financing offered by Victory Mortgage, LLC NMLS 461249. Equal housing lender.

Victory Mortgage, LLC (“VM”) NMLS 461249. Corporate Office: 3940 Olympic Boulevard, Suite 100, Erlanger, Kentucky 41018. Equal housing lender. VM is an affiliate of Fischer Homes. This is not a commitment to lend. When refinancing your mortgage through VM, VM will contribute a lender credit up to the total amount of closing costs. Credit will be applied as a lender credit at closing on refinances closed within 7-36 months after initial purchase date. Credit will be applied at closing, on loans closed with VM only. Credit may not exceed the actual closing costs amount. This does not include, prepaid items, HOA dues and fees, or real estate taxes when applicable. Offer is not transferable, not exchangeable and has no cash value. Void where prohibited. This offer must be presented at initial application to be valid. Offer valid for new contracts on conventional loans signed on or after November 4, 2022, and closed by Dec. 31, 2022. Offer only available in select Fischer Homes’ communities and on select homesites only. See your VM mortgage loan originator or Fischer Homes Sales Counselor for more details. Borrower is not required to finance through VM but must use VM in order to receive the incentive. Subject to credit and property approval. Program subject to cancellation or modification at any time without notice. Not all products are available in all states or for all amounts. Certain exclusions may apply.

We have homes for sale for you in Cincinnati in 70 area communities. We have the right real estate and home for you!

We are also nearby many of the region’s largest employers including Procter & Gamble, the University of Cincinnati, General Electric, Fidelity, Macy’s, Cincinnati Children’s Hospital, Premier Health, Fifth-Third, Kroger and more. Fischer Homes is committed to giving back to its Cincinnati roots and is proud to have built 11 St. Jude Dream Homes in the Cincinnati area and to be featured on FOX 19.

In addition, the company has also constructed the Nursing Suite at Great American Ballpark, and the Family Care Center at Kings Island Amusement Park. Fischer Homes has been featured on the Today Show, Sports Illustrated, ESPN, HuffPost, and other online resources for giving back. This is just one of the reasons Fischer Homes has been listed among the best places to work in the Cincinnati area

Some of the signature Cincinnati communities include Shaker Run, Crooked Tree Preserve, Renaissance, The Springs, Lexington Run, Ballyshannon, Triple Crown and Arcadia. As a builder in business since 1980, you know that Fischer Homes is the Cincinnati builder you can trust. We are the 30th largest homebuilder in the U.S., and with over 32,000 homes built we have a track record of customer satisfaction.